Are LinkedIn’s bankers greedy or stupid… or making a market? 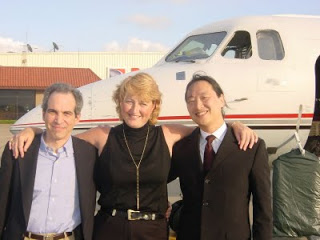 A lot has been written about the frothy LinkedIn IPO in the last week and the investment bankers can’t win either way but I believe in the end they are doing their job and making a market.

On one end of the criticism you have Evan Newmark at the WSJ saying that IPO buyers are LinkedIn Stupidity. He wrote that “tonight’s IPO buyers need not worry. Common sense generally has little to do with the IPO market – and absolutely nothing to do with the LinkedIn IPO” and accuses Morgan Stanley of jacking up the price 30% at the last minute because they find they can, because of demand, not because of the intrinsic value of the stock.

On the other end you have Henry Blodget arguing that the bankers are screwing the company our of millions of dollars of gain because “IPO “pops” like LinkedIn’s–which are generally celebrated as a sign of success–are actually bad: They rob the company and its existing shareholders of cash that is rightfully theirs and they steer it into the pockets of favored money management clients who don’t need or deserve it.”

In the end the bankers hold all the cards and have to make a risky, gutsy judgement call on what the market will do to the stock the next morning. I’ve personally been in the situation of negotiating the final price with the bankers – and the allocation to their favorite customers – in the 11th hour. My goal as CEO was to ensure we got the best price we could for the stock we were selling (in our case a 20% uplift to $12 from the original $10) and yet ensure we were not so greedy that we overpriced the stock such that it would drop the next morning – and it was not an easy conversation. (I remember how good the first martini tasted afterwards!)

LinkedIn was the first big, frothy social media company to go public – and it has zero profit in 2011 and slowing growth. It would not be unreasonable to be conservative on the initial pricing, despite the book demand for the shares. Look at what’s happening to Freescale Semiconductor today “shopping its deal to investors at a price range of $18 to $20, instead of its original level of $22 to $24.” Freescale is selling at a price below what it’s private equity buyers paid for it, and lowering the price at the end of it’s IPO roadshow.

There is huge psychology in the pricing of an IPO stock, and the capital markets team at the bank are making a future market. If their best customers make money early on in a new stock they are more likely to listen to the bankers when they come around with their next IPO. It’s a hustle and whisper – “Hey remember how you doubled your money on LinkedIn on the first day – well I’ve got another one, it’s call Twitter, and it’s going to be even hotter. This book is going to be even more oversold.” And a terrific first day price gain also attracts uneducated retail investors who think because it’s hot today it’ll be hot tomorrow.

LinkedIn was probably hot from day one because so many of the potential buyers are also users and experience the value every day. But I had a different experience on the way to having my Simplex stock open at $12 and close at $22 on the first day.

We were half way through the road show – about 10 days of pitching 7-8 times a day at that point and there were no orders in our book. It was May 2001 and there had been no small tech IPOs post dot.com crash so we were breaking new ground and our CSFB bankers and capital markets team were downright skittish.

We were headed to New York and I kept asking the bankers if we had a meeting with Paul Wick at Seligman yet – I knew him and knew he understood our space (EDA) so I was confident he’d “get it” but they could not get him to agree to a meeting. So I called Paul’s office, and left him a message personally asking him to take a meeting.

Paul couldn’t take a one-on-one but took the unusual step (for such a high profile guy) of coming to an open lunch to hear me pitch. With about 50 people in the room he sat right at the front and watched me intently the whole time. I think he asked one question at the end and then left. I had no idea what he thought – good or bad. It was intense.

But according to the CSFB sales team Paul left the room, walked up to the sales guy and said “I’ll take 1 million shares” (this was out of a float of 4 million we were selling). And that set the snowball rolling. The sales guys whispered to their clients “Paul Wick is in” and within a couple of days we were 11X oversold – creating the market for our stock in the days following the opening.

That is the bankers job. Connect the company with institutional shareholders who have the capacity to buy on the IPO and some will flip and some will accumulate in the first few hours of trading. And it’s what Morgan Stanley et al just did for LinkedIn, and more importantly what they just did for the next ten hot new IPOs from Silicon Valley that want to raise money in the public markets this year.

Me with my management team (Luis Buhler and Aki Fujimura) on May 1, 2001… finally relaxed after pricing at $12, and before heading to New York to watch the stock open… and climb to $22 on the first day.