Go ahead and ask the “girl questions” 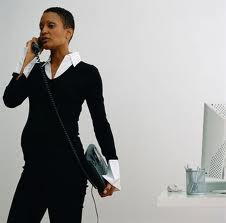 So often women long to ask the “girl questions” – the ones tied to their roles as mothers and household managers – and yet fear asking them in a male dominated workplace.

Every time I talk with groups of women about anything I am swamped with questions about child care, sharing house work and what my husband and/or kids think about me working and being a CEO. It’s as if there is a pent up demand for answers or guideposts along the road and yet, in reality, there are none.

Yesterday’s excellent New Yorker piece on Facebook’s Sheryl Sandberg gives an example of how tough the question of whether to even ask the questions is – even women judge other women for asking:

“Earlier, Sandberg had described a talk that she gave at the Harvard Business School, after which all the women asked personal questions, such as how to find a mentor, and the men asked business questions, like how Facebook would deal with Google’s growing share of the cell-phone market. Telling this story, Sandberg was critical of what she considered to be “girl questions.” Now Priti Youssef Choksi, Facebook’s director of business development, asked whether it was “a girl question” to pose concerns about, say, maternity leave.

Sandberg and the female executives in the room said that they thought it risked being a “girl question” if it was asked in a “whiny” way. Choksi pressed the point, describing a female employee who had recently talked to her about taking a short maternity leave because she feared that she would lose her job if she stayed out longer. When Sandberg came to the company, she changed the policies to allow men and women four months, but this employee wanted to take only one. “As much a girl question as that might be,” Choksi said, “the logistics of being away for X amount of time is something women are afraid of, and I’d rather tackle it head on.

“I agree,” Sandberg said, retreating from the much sterner position she had taken moments ago.”

For many executives, male and female, if you ask too many “girl questions” you risk them labeling you as too concerned about “women’s issues”, but as an employee if you don’t ask you risk missing understanding and context for your choices at the company you work for which can be an important part of determining what strategy to take so go ahead and ask. The important thing is to be matter-of-fact about it – never whiny, never paranoid – just pragmatic. My choice on child #2 was to take him into the office at 4 weeks old for a week because the company needed me in – and after the first shock no one minded (you can read some of my funny experiences along the way here).

Two weeks ago I was interviewing a young female candidate – mid thirties with 4 year old twins. After an hour of highly professional discussion she then asked me about our health insurance… and before I could even answer her question she was apologizing for asking, repeatedly! She was hyper sensitive about being perceived as weaker than a male candidate or needy. She even told me she does not think her managers know she has children and she wanted it that way.

This level of concern and awareness of being a woman in a male workplace backfires. I don’t believe you want the issue to be a lightening rod, instead make is a simple part of who you are as an employee. “I have a family – tell me about your health benefits”. Note – the only case at FirstRain so far where we have had an employee out for an undue period of time because of a birth was a young dad out because his baby was an extreme preemie. You can bet he was as focused on his family as any new mother would be!

My advice to women coming up and dealing with the challenges of raising a family at the same time as building a career is to be open and authentic about it. Never whine, never see yourself as a victim. See yourself instead as a valuable, skilled employee that your company needs and wants and then other people will see you as you see yourself. And if your company penalizes you find a better company to work for. Seriously.

And in the right setting, with other women facing the same issues you are, share the ideas that can help you navigate the very real challenges of a having little children and a strong career at the same time.