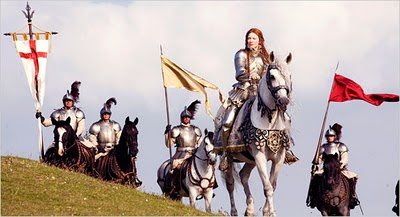 Do women lead differently than men? Yes, usually. Do women face more barriers than men? Frequently. But do women often hold themselves back ? Yes.

I gave a leadership talk and Q&A, at a tech company in Silicon Valley a couple of weeks ago where I was meeting with female leaders in a hardcore semiconductor company. Because it’s hardcore it was a small group, and because I grew up (professionally) in a hardcore technical environment like that I spoke to the things I have seen women do that hold them back as leaders – and how to flip these challenges around and turn them into advantages.

Here are the 5 keys to leadership as a woman (although not exclusively…) and each one is the flip side of a common weakness:

1. Embrace making decisions – they are fun

Companies need people who are decisive and courageous. A common issue with new entrepreneurs and young managers is that they hesitate to make decisions. It’s tough when you don’t know what to do, but it’s better to make a decision quickly and decisively, and be ready to change it if you are wrong, than to hesitate, hash it over many times, or wait for someone else (your board, your team, your boss) – or even worse time and delay – to make it for you.

Making decisions gets easier when you learn to trust yourself and your judgement – you can feel in your gut and in the tips of your fingers what to decide. Never underestimate your own intuition – it’s not a myth, it’s real.

I simply did not understand or trust this until I read Blink (the voice is my head is uber-critical) but now I love the feeling. I am not always right, and I definitely need and value advice, but I learned to trust, move forward fast, knowing that if I am wrong I’ll also figure that out quickly, or someone I trust will slap me.

2. Never ask whether, ask when

This is a mindset that many men are good at. They come out of of the womb asking when they’ll get that raise, when they’ll be promoted, when they’ll go kill that bear, not whether. Women so often talk about whether. Should I push for that promotion, should I ask for more money, will I get funded, will they promote a woman, will they like me?

Working with mostly men, and a few women, I see a pattern in the successful women. They don’t ask whether they have a right to what they want, they assume they’ll get it. They don’t particularly care what other people think of them, they care about getting the job done. They act like they are competent, it’s in their future, they are going to get it, and there is not any question of whether, just when.

The fastest way to build a great team is to hire people who are smarter and more experienced than you in their field, and if you are technical these are probably mostly men today.

It can be intimidating to interview people who are senior to you – I know. It can be downright frustrating when you talk to men who, when they meet you, talk down to you because you are blond and forget that you are interviewing them (can you tell I’ve been through this?). Remember, you don’t need to be “the man” – you need to get the job done better than anyone else.

Stay focused on your vision for your team. A group of people who work for and with you, all of whom are smarter than you in some dimension but who want to climb the hill with you. Plan to grow into being their leader and if they are good people they will give you space to do it. Give in to fear of being usurped and you’ll fail because you don’t hire a strong enough team.

I confess I used to always try to hire my “elders and betters”. As time goes by the first becomes more difficult, but thankfully the second is still easy!

4. Speak up and be sure you are heard

I have often heard the complaint that a woman will say something in a meeting, not have her idea acknowledged and then a man will say the same thing and everyone will jump on a agree. There are even TV ads that make fun of this reality.

Given that this does happen, develop some tactics that help you be heard, and help you confirm that you have been heard. State your input and then ask a question that causes your co-workers to engage in your idea. Repeat yourself in different words. Go to the white board to sketch your concept – whether it is a process or a product idea – it’s really hard to ignore the person at the white board. If you are in an online meeting call on a co-worker by name to get their direct input on your idea. What does not work is speaking your piece and then waiting – that is the easiest way for you to be dismissed.

5. Put the company first and get results

And finally – the playing field is not level. Fact. Deal with it. To lead men and get ahead in a man’s world you need to work harder, be smarter and be more ambitious than the men around you.

The CEO lives in the place where the company and it’s results are all that matter to her. So practice that. In everything you do put the company first, ahead of your needs. Ahead of office politics (I wish I had known this from day one – I had to learn this one). Drive to results, be sure you get recognition for your results, and you will get ahead and become a leader.

Male dominance of tech is not going to change quickly so don’t complain, or hesitate, just get on with it. And if you are a leader – men, and women, will follow you. When you look over your shoulder you will know.