Have courage in how you speak 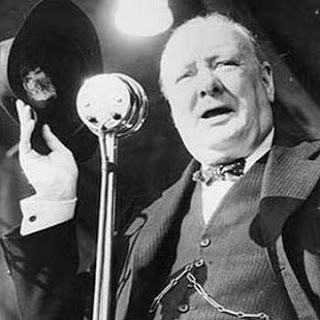 A lot has been said about the big signs of courage from Abraham Lincoln to Martin Luther King to Andrew Jackson but it also shows up in small ways in the office. Every day, in every meeting, courage shows up when people speak.

And in this case I am referring to how they speak. When someone makes a statement their courage and conviction shows up not only in the substance of their words but also in the very specific way they phrase their sentences and pitch their voice — and many people take the power out of their own words because they are afraid of conflict.

Some of my favorite examples of not having verbal courage:

– Making a claim and dropping your voice volume as what you are saying gets more substantial – thereby signally that you are expecting to be disagreed with. Note this is not the same thing as using a quiet, controlled and soft voice to signal anger. It’s tailing off that signals fear or lack of conviction.

– Use a “raidroading” voice – staccato, bullying your way through points so other people in the room cannot disagree with you. Bullies are cowards by definition.

– Make a statement and then soften the ending – such as “I think we should tell the customer we are going to turn of their access and all that other stuff, blah, blah, blah”. By putting meaningless words onto the end of a strong statement the speaker takes the impact out of the statement, hence making it less controversial.

– Speaking too quickly and breathily, betraying your lack of conviction

– Whining. Making your statements with a blamey, whiny voice – poor me, don’t argue with me, pity me.

– Staying in your seat when you clearly should be at the white board or standing by the screen. You’re an easier target when you stand up.

– Using 10 words when 1 will do, as an attempt to bamboozle your way through.

Instead, verbal courage is a confident, clear voice and short,

uncluttered sentences. Make a claim, state your opinion clearly and then shut up and listen. State what you believe and don’t be afraid to be wrong, and to have people disagree with you.