My life is not a sausage factory 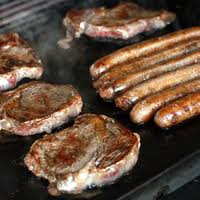 Yes high tech is still dominated by men – but it doesn’t have to be.

In Kara Swisher’s hilarious keynote speech at the Women of Vision dinner last week she said “my life is a sausage factory” referring to the predominance of men in the high tech industry. Kara reigns supreme in the world of tech journalism so she’s talking with men, and writing about men, most of the time. She’s a kick – outspoken, whip smart and fearless – had me in stitches.

She’s right though. There is an unhealthy focus on young men right now with the talk of “brogramming” and the frat house culture — probably about to be celebrated in Bravo’s new reality TV show Silicon Valley. I’m willing to bet anyone a dollar that the new show will stereotype women as a) young, pretty and in media, b) arm candy for partying with or c) if smart, then ugly.

But real technology companies do not have to be like that.

My life is distinctly not a sausage factory because FirstRain has women throughout it’s leadership – and what may be unique is that the CEO (me) and the COO (YY) are both women and mathematicians. Now this was not by design – it is simply a result of being open to women as tech leaders, and hiring the best person for the job.

Frankly when building a company having the best person for the job is the only thing that matters. The best person means the intellect, the experience, the creativity, the skills and the cultural fit to build a great solution. We don’t have enough women coming into the pipe today (hence the need for non-profits like the Anita Borg Institute who threw the dinner Kara spoke at) but even with the 20% women CS graduates we do have you can find great female software architects and engineers if you are open to them.

YY and I have worked together on and off for 20 years. We’re both mathematicians, both have programmed, both worked in marketing for a while. YY’s a deep nerd, mother of 3 with her wife Kate, and the best person I could have hired to run the technical teams at FirstRain. Our VP technology is male (Marty), one of our two lead architects is male (one of our founders), the other is female – again we were gender blind when hiring but sought world class talent. Our managing director in India is a female engineer (Aparna), promoted from the engineering ranks because she was the best person to lead what has developed into a truly world-class software engineering and analytics team.

So we have ended up with a management team that is about half female, the women are on both the technical and business sides of the house and I am very (unreasonably?) proud of that. And I’d like us to find more female engineers among the applicants for our open San Mateo and Gurgaon software engineering jobs. Give me a mixed grill any day.