Employee Ranking is an Innovation Killer in Tech 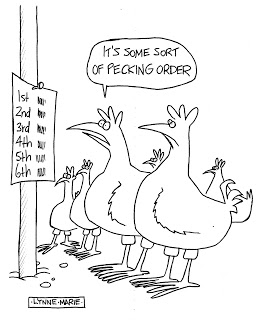 You’ve been in that meeting. HR’s leading the annual performance review process and you’re being asked to rank your team members with their peers. In larger companies you’re probably being asked to force your team into a bell curve of the top 20%, middle 60% and bottom 20%, or your HR person is talking about “the lifeboat test” (what order would you throw your employees out of the boat), or if you work for Intel maybe you’re being asked to do a literal forced ranking.

It’s a tried and tested HR process. Rank your employees, make sure they fit a bell curve, assign bonuses and merit increases accordingly, fit the merit increase budget that’s been approved at the top. And you’ll be told you’re a bad manager if you think half your team is truly excellent.

Makes sense right? People fit on a bell curve of performance don’t they?

The answer is no, especially not in technology. And as the recent Vanity Fair article about Microsoft points out, this approach to employees is an innovation killer. Kurt Eichenwald’s excellent article about the Microsoft “lost decade” points the finger at many of the reasons Microsoft lost it’s innovation mojo, and one is the adherence to stack ranking. “Every current and former Microsoft employee I interviewed—every one—cited
stack ranking as the most destructive process inside of Microsoft,
something that drove out untold numbers of employees,” Eichenwald
writes. “If you were on a team of 10 people, you walked in the first day
knowing that, no matter how good everyone was, 2 people were going to
get a great review, 7 were going to get mediocre reviews, and 1 was
going to get a terrible review,” says a former software developer. “It
leads to employees focusing on competing with each other rather than
competing with other companies.”

So this case is extreme, clearly. But I’ve seen it. I’ve been in the room, cringing.

Ranking has a role to play and can be useful, but as a CEO, or team leader, you have to be thoughtful about why you are doing it.

Where the process can be very helpful is to make sure you identify your top performers. Who are the people that really make a difference again and again? If  you get your managers in a room and debate that question it’s great to see leaders advocating for their people: why they are great, why they are one of our best, what their impact is on the company and it’s growth. This discussion should lead to a list of people you, as the leader, want to pay close attention to. Are they well taken care of? do they have plenty of stock options? are they paid well relative to the market? do you spend enough time with them? is their manager working with them on their career path and training? would they benefit from a mentor? All good questions that you should know the answers to for your top performers. They are your innovation engine.

It’s also good to force the discussion of the bottom performers. Not to hold a witch hunt, but to make sure your managers are not being lazy and keeping someone in the organization who should not be there. If an employee is not performing everyone around them knows it, it’s probably because they are in the wrong job, and it’s weighing down everyone around them. Forcing the conversation of who the bottom 10% are can illuminate who should be moved on, or who maybe needs some extra help, or moved into a different job within your company.

Forcing a stack rank through the whole population leads to politics without having any business benefit. HR loves it because it’s a clean process that helps them manage the budget, but as deeply technical companies (like Rambus where I chair the compensation committee of the board) know: if you have a world class technical team a great deal more than 20% of them are excellent.

When your goal is to innovate you want to build a team where more than half of them are truly spectacular in their field, and where you demand excellence from everyone. In innovative R&D teams you need a zero tolerance policy for low quality work – and yet at the same time you need to tolerate some failure. Innovation takes risk, risk means some failure. When you are developing new products the concept of stack ranking your team into a mediocre group in the middle is the kiss of death! You simply cannot afford mediocre.

The one team where a stack rank can be useful is sales. Sales is the ultimate measurable job – everyone sees the score card every month. I know a CEO who ran a large CAD company in the 90s and he would fire the bottom 10% of his sales team each quarter on principle. The company was wildly successful, but it had a brutal sales culture. But when you live by the numbers you die by the numbers and so firing the bottom 10% each quarter created the focus on results that CEO wanted.

So what do I do? I run a process, once a year, with my FirstRain leadership team to discuss who the top performers are. Which team members are doing really great work – innovating, delivering excellent technology, winning major accounts – who’s making the difference? It’s always a lively debate. Some of the same names are (of course) on the list every year. It’s exciting to see some  new employees join the list quickly, or existing employees move up because they’re growing and their excellence is emerging. It’s a fun discussion and we use it to make sure we are taking care of the people who are making all the difference building the company. And I challenge managers on the non-performers. Beyond that, I think stack ranking is a bureaucracy we don’t need.