Will must be stronger than Skill 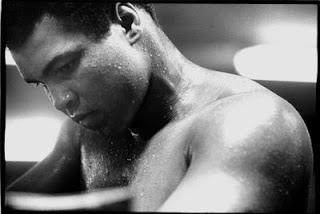 With all the coverage of the get-rich-quick startups of Silicon Valley at the moment it’s important to remember that most of the time building a company is a marathon, not a sprint.

Yes you need a good idea. Yes you need a strong, growing market. Yes you need smart people. But even with all of that, s**t happens, you get surprised, some things take longer than you expect, markets change and it can be a long, hard slog up the hill to build long term value. Especially in a time of global recession.

Eric Jackson wrote a terrific article in Forbes last week — titled The Most Under-rated Key to Long-Term Career Success: Staying Power — in which he admires people who just keep churning out great work. They have the will power to just keep going, keep reinventing themselves and live his first key “Never Give Up”. U2, Henry Blodget,  Magic Johnson. Vastly different but similarly committed – they determinedly persist.

When you are building a company you want to find a team of people who, like you, have willpower and simply won’t give up. You know you are going to ask a lot of them. You know you are sometimes going to push them past their limits, and then ask for more, and forget to ask for forgiveness later. At times you are going to appear insane, a bitch and heartless. But you won’t give up. Winning may be quick, it may be lucky, but most of the time it comes with determination, persistence and hard work. When Yahoo recovers under Marissa Mayer (as I certainly hope it does) it will be because a team of people in Yahoo decide not to give up, they decide to fight to climb back out with great products.

When I was running Simplex we discovered that our product wasn’t a must-have until the customers were designing for 0.18u semiconductor technology – which came 18 months later than we had planned. We had to cut back, hold expenses down, keep developing leading edge customers and persist until 0.18u ramped up for the big customers. Then a couple of years later as we grew and needed cash we filed our S-1 to go public in Sept 2000 but it took another 7 months of a rotten, volatile equity market to finally get public in May 2001. It would have been easier to bail out and sell instead at either of these points, and I’d have been a nicer person, but we were stubborn and determined, and tough.

It’s not easy to never give up, especially in the face of The Struggle (as eloquently described by Ben Horowitz), which most leaders experience at some time or another. In the end it just takes sheer willpower. I love Muhammad Ali’s quote, which is as much about building companies as it is about boxing: “Champions aren’t made in gyms. Champions are made from something they have deep inside them. A desire, a dream, a vision. They have to have stamina, they have to be a little faster, they have to have the skill and the will. But the will must be stronger than the skill.” Something we don’t talk about enough in the flashy, celebrity-CEO style of today’s tech industry.
Ben HorowtizEric JacksonMuhammad AliSimplex Solutionsstartupteamworkwillpower
Share