How not to pick up an executive in a bar 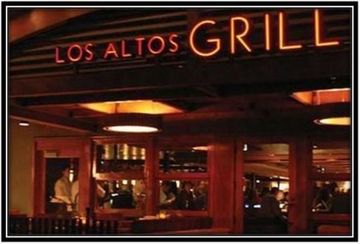 The scene is the Los Altos Bar and Grill. A known pickup joint but one that has a good wine list, great food and live music so those not looking for the scene enjoy it anyway.

The actors – two female executives sitting at a bar enjoying a glass of wine together. And two men enjoying dinner together at the same bar.

The men first try and strike up a conversation along the bar.
Some lame question like “Do you like Hawaii?”

One of the women engages for a few groundstrokes and then returns to her companion, who is simply not interested.

The men finish their dinner, but undeterred then stand next to the two women and strike up a conversation. The women can tell they are not going to go away. They pull up stools and are aggressively close in a crowded bar. The quieter woman checks her email. The more gregarious woman responds to the first volley with “So what do you do?” (the first thing anyone wants to know in this over-achieving society).

And as the story unfolds Ms email, who really does not want to be chatted up in a bar after a long day at work, watches how not to impress a woman…

“I run a hedge fund”

“Really, what type of hedge fund”

“We use technology and social media to invest”

(with some hesitation) “uh, GNIP”… the ball drops at the net.

“So your hedge fund – how much money do you have under management?”

“Well I haven’t actually closed it yet, but I’m close to closing $11M”.