Feeling like a failure every day – and overcoming it 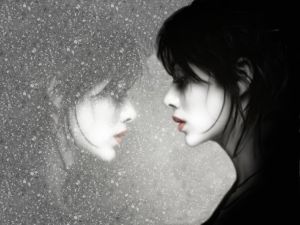 I doubt myself every single day. As a CEO it’s the dark secret none of us are supposed to talk about, but it’s real, and so it was marvelous for me to listen to Maria Klawe yesterday say that she wakes up feeling like a failure every day.

Now Maria is one of the most successful people in academia. She’s president of Harvey Mudd College, educating the next generation of brilliant computer scientists, mathematicians and physicists, she sits on the board of Microsoft and she’s a much admired water color painter… and a wife and mother too. Definitely an over achiever who is universally admired.

And yet, every day she feels like a failure. She told this to 4,800 women at the Grace Hopper Conference yesterday, but then said the way she deals with it is that she consciously listens to the other voice playing in her head which says “I want to lead the world!!!”

Sheryl Sandberg, on stage with Maria, used the analogy of running a marathon. For the men in the race, voices are telling them “you’re great!”, “you can do it!” and “keep going!” but for the women in the race the voices are “are you sure you can do it?”and “what about your children?” Imagine trying to run a real marathon with everyone around you questioning whether you can, or worse whether you actually should?

My experience for the first 25 years of my career was just that. Everyone around me, family, friends and co-workers questioned what I was doing (except my husband – he never questioned but went along for the ride). I was ambitious, determined to make a point, and determined to win the race I had chosen which was being a high tech CEO. As I had children people came out of the woodwork to question my decision, and as a (younger) blond woman I was also consistently underestimated which attacked my confidence (maybe they were right and I was about to be found out!)

I would beat myself up in my head – you’re not smart enough, you’re too aggressive, your children need you, you need to lose weight… an endless dialog that got louder the more tired I got. And the voice would stay inside my head because no one else wants to hear about your self doubt. It’s old news to your family, boring to your friends (they’ve heard it before) and must not show to your co-workers or employees.

So what to do?

It took a few colliding changes for me to finally conquer it. I passed forty – and felt more confident over forty than I ever had under. I had a nasty health scare which made me take each day above the dirt much more seriously. And I realized that I was not alone, my peers feel the same way, and it’s OK – you just have to push through.

When you’re looking in the mirror feeling like a failure try this:

Step 1 – acknowledge that it’s happening and it’s not real. Learning about the imposter syndrome really helped me understand the dynamics.
Step 2 – create and listen to the other voice in your head. Maria was spot on. There is another voice, it knows you can do great things, but you have to listen to it, consciously.
Step 3 – be open about your own self criticism when coaching others. Sharing the fact that I have self doubt made it more clinical for me. It’s normal, but it’s not useful.
Step 4 – get exercise and sleep. Feels great and you can lead the world with a good swim and a good night’s sleep.

Feeling like you are failing is normal. It’s part of what drives us – the need to prove to ourselves and everyone else just how much we can lead and change the world. So embrace it as a funny part of you that you just have to slap down every day – and you will!