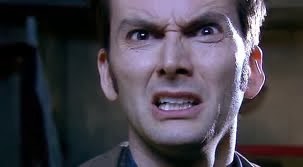 There’s a word in the English language that, when you hear it, is likely
to either make you feel guilty, or make you turn off. Do you say it?
What do you do when you hear it? What’s your reaction when someone says
“you should” to you?

It’s a turnoff, isn’t it? And yet it’s pervasive in the way many people speak in business.

There’s the person who thinks they’re a coach and you can benefit from their wisdom. Instead of listening and
carefully reflecting ideas for you to figure out, they listen to what
you’re worried about and then launch into “Well, what you should have done is…” (I hate this response, it’s just not helpful to me).

Then there’s the guy who thinks he’s smarter than everyone else. Born with a sense of superiority, he loves to tell you what you should have said or done. Especially if you criticize him. It’s a quick way to deflect from the substance of what you are saying to how you are saying it.

Then there’s the woman who says it to herself all the time. Told by the world every day that she’s not good enough, she thinks, “I should have done…” – and loses her personal power in her own mind every time she thinks it.

The problem with the word is that it carries a sense of obligation and guilt with it. The word originally comes from the past tense of “shall“, from the days when shall carried the obligation of “I owe/he owes, will have to, ought to, must.” We don’t use shall that way anymore, but should still means “ought to” to many of us.

So it feels like a judgmental word. It’s difficult to take “you should” and turn it into a positive feeling when your first reaction is guilt or shame.

So listen for it. When you hear someone say it around you to someone else, try to help them re-frame their feedback. When you hear someone say it to you, try to check your reaction and listen to the substance, not the delivery. And when you say it to yourself, go find a mirror, look in it, and try saying “stop shoulding on yourself” several times. You’ll hear what you’re really doing to yourself.