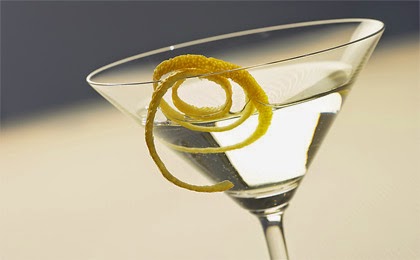 Of course we’ve all been agog at the Ellen Pao trial. Silicon Valley loves nothing more than to talk about itself. The self-obsession goes hand in hand with ego, intellect and ambition.

But an unexpected side effect of the discussion of the blow-by-blow of the trial is now, for a while, everyone will be looking for covert sexism. And nowhere better to find it than cougar night at the Rosewood hotel in Menlo Park.

This is not a new phenomenon. I blogged about it in 2011 after spending an amused Thursday evening there people watching. Even back then the VC, wanna-be, hooker dynamic was in full force.

Now, it’s out in the mainstream press. New York Magazine no less, reported on “Where Silicon Valley Looks for Love in the Era of Ellen Pao”. The crowd in question at the Madera bar, sitting outside in the fading sun and rising moon, is a mix of older (white and Asian) men, older women, younger women, and, just sometimes, ordinary people wanting a cocktail with a friend.

And this latter case is how I usually observe “Cougar Night”. The Rosewood is on my way home. It’s the only high quality bar on the 280 corridor (indicating a market opportunity I suspect). It has very good bartenders who can make a mean Basil Grey Goose Martini (except on Thursdays when they take it off the menu because it takes too long to make – so you have to know to ask for it). And by Thursday I am often in the mood to relax, meet a friend and have a martini on my way home.

It was one such Thursday a few months ago that I saw just how efficient the scene is at the Rosewood. Three middle aged men (one white, two Asian) sitting in one of the large outside booths. The waiter comes up and introduces them to three women who were about 30. Each had long hair, each had a skirt that would not have made it past the nuns at my middle school (i.e. only an inch or two below the crotch) and two had plenty of back skin showing. Initially they sit together, but within 5 minutes they had moved around so they were each paired with one of the men. It was like a dance. The toss of the hair, the hand on the thigh, the eye contact.

I watched in admiration. The oldest profession is alive and well preying on the equity-rich customers who are hoping to not only benefit from the greatest wealth creation of our time, but also find some love at the same time.

My friend chastised me when I said I wanted to take photos to document the dance. She was sure we’d get thrown out and not be allowed back, and the location is just too convenient for us to blot our copy book with the management. So I behaved (unlike the time she and I were asked to leave a restaurant in Rome for being too noisy) but watched in fascination and amusement. The girls were good!

Rest assured, dear reader, Silicon Valley may seem like a dry, stuffy place filled with male nerds, but it’s not. There are actually plenty of interesting, professional tech women hanging out in the Rosewood on Thursday nights (because, after all, the drinks are good), but they’re the ones smiling, watching the dance.