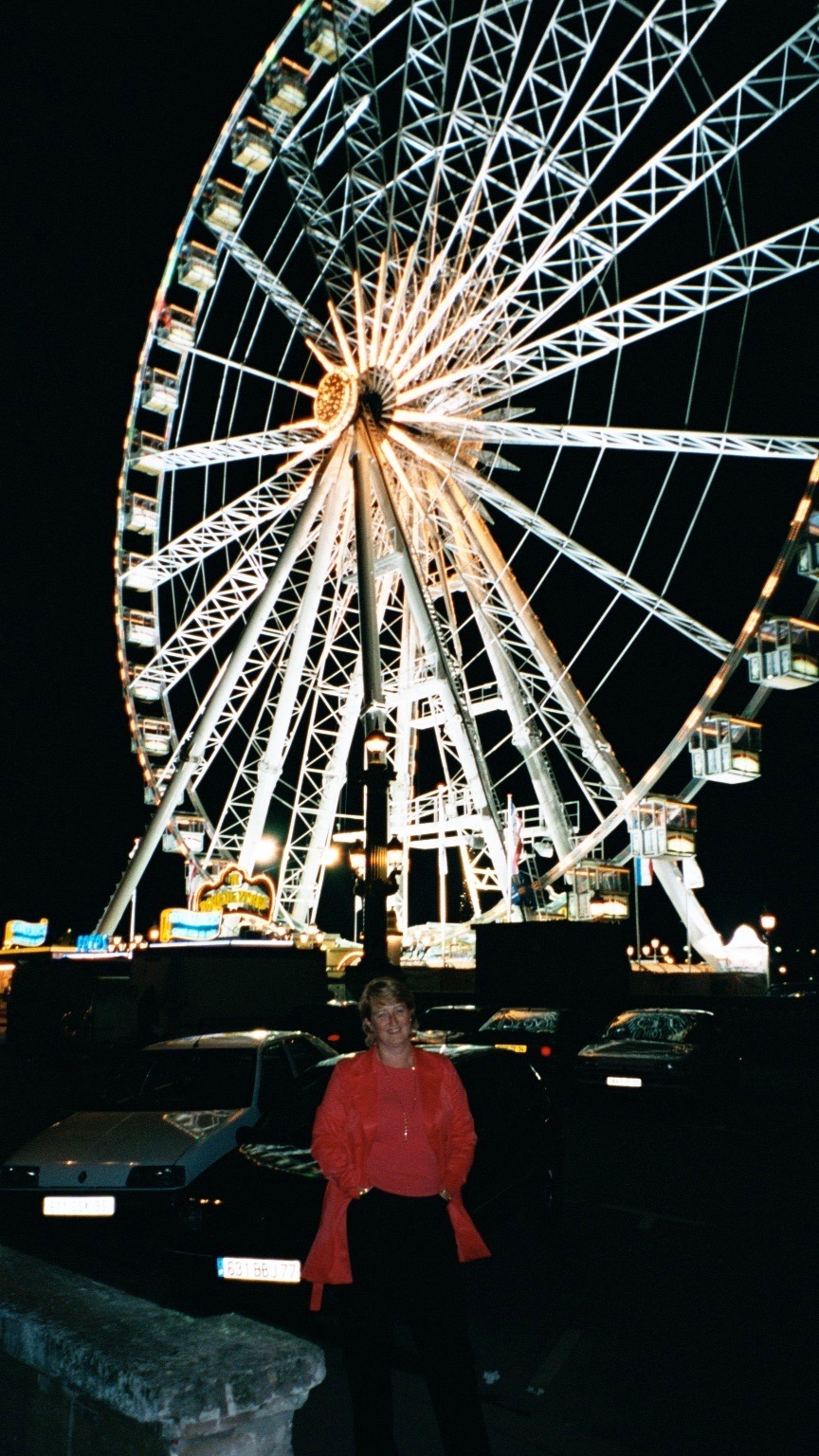 15 years is a milestone I think. Short enough that I still remember, long enough that is seems far in the past.We took Simplex public 15 years ago today. May 3, 2001. It was the culmination of a wild ride, and the beginning of another. Going public is a rite of passage. It’s not a birth (founding a company), it’s not a marriage (M&A), it’s not a death (shutting down) so maybe it’s like a bar mitzvah or confirmation – a rite of passage into adulthood. You take a company public when you are large enough that you want to fund the company into the next phase of growth on the public markets, and you want to provide liquidity to your investors. In 2001 that meant revenue of about $50M was needed, profitability, and steady, predictable growth which we had. We loved our company, and we were proud of our technology and our customer relationships.

With the Simplex IPO we threaded the needle between two significant market crises. In April 2000 the dot com bubble burst. We were not a dot com, we were a real company in the semiconductor space selling very nerdy software to chip designers. We filed our first S1 on September 11, 2000. Yes, 9/11 but a year earlier. (Actually we sent the docs to the SEC on Friday Sept 8 but we missed the cutoff so the filing date was 9/11).

Even by Sept 2000 there was little appetite on Wall St for a tech IPO because everyone had been burned by tech valuations based on a faddish bubble. But by late March 2001 we still needed cash to keep growing (we were opening international offices and hiring people behind our growth). I met with Larry Sonsini and Frank Quattrone (both kings of the Valley at the time) and we all believed we could price the deal. So we went on the road.

One of the most intense experiences of my life. 3 weeks of meetings 7-8 meetings every day. Paris, The Hague, London, New York, San Francisco, New York, Chicago, Minneapolis, Dallas and finally Houston. I drank too much vodka and took smoking back up for the 3 weeks (I did quit again at the end thank goodness). I lost 12 lbs in 15 days because I was not eating much. It seemed as if I was always presenting over breakfast and lunch so when was I going to eat?

And then, on May 2, in the late afternoon in Houston, we priced the deal, sold 4 million shares to CSFB, brought in $44M in proceeds for Simplex and hopped on the private jet to New York to be there for the market opening the next day. I slept on the plane, but not much when I got to New York.

May 3 was a round of interviews. Radio, Bloomberg TV, CNN’s finance network at Nasdaq, and time on the floor with the CSFB trader who was making the initial market in SPLX stock. We opened at $12 and closed over $21. The book was 11X over subscribed and we were one of the very first tech deals to get done successfully in 2001, opening up the market for many more that had been waiting. Maybe we priced too low, maybe not, there was no way to know because the market was so skittish.

But, of course, we were only public for 4 months before September 11, 2001 hit. The market collapsed, our customers delayed orders and our stock dropped to $8. A violent roller coaster is too gentle a term for what this felt like. The gripping stress of how to make sure the company, our employees and our customers were OK. When Cadence approached us to buy us in January 2002, a deal we eventually closed on June 2, 2002 for $300M, it was the right outcome for the company. As one of my board members told me “there’s a war coming, you are too small to survive it”. 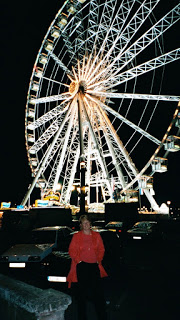 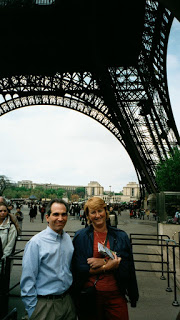 Walking around Paris on Sunday, relaxing before the whirlwind starts (with Luis Buhler, CFO) 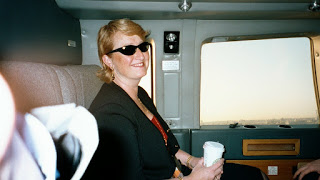 Agent Herscher, on a helicopter very early one morning headed to
New Jersey from Manhattan for a presentation 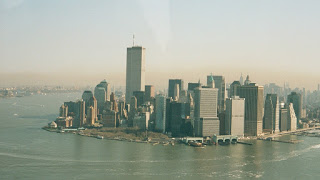 The view of Manhattan from the helicopter 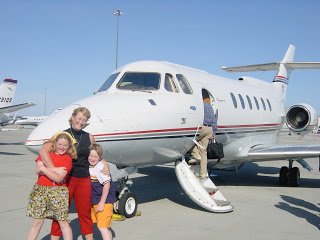 Showing Melanie and Sebastian the private jet at SFO 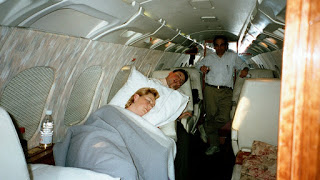 How I often spent my time on the jet – not so glamorous! 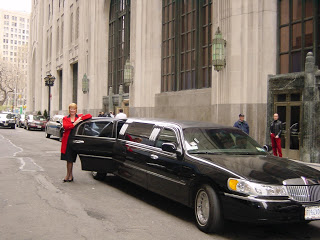 Our typical ride around New York 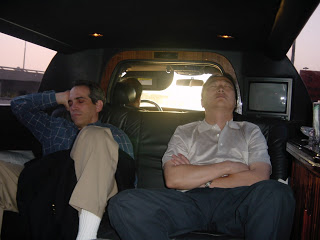 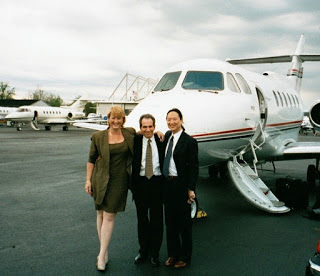 Getting used to the cycle of meetings and flying – don’t we look smart! 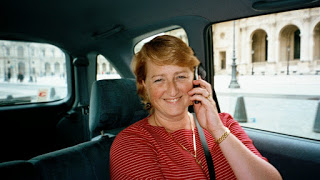 My classic pose, talking to our lawyer (Bob at WSGR) or the bankers. I loved that flip phone. 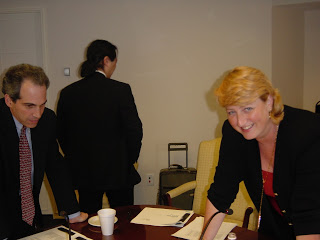 Signing the docs to sell the shares to the bankers 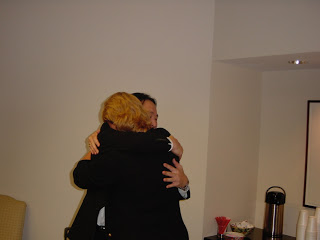 Hugging out the tension with Aki once it was done 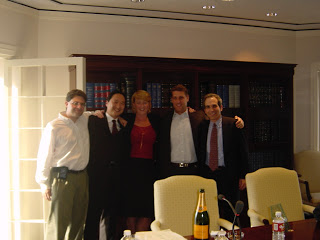 The team including Richard and David from CSFB 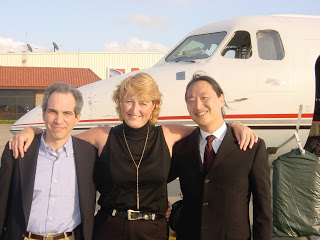 Headed to NY to watch the market open and celebrate 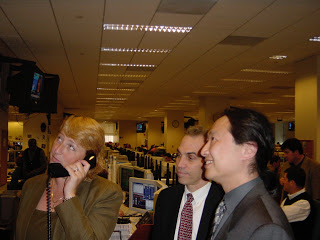 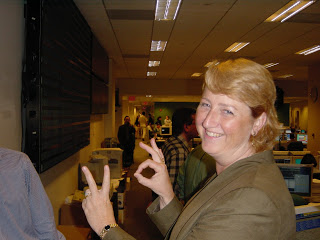 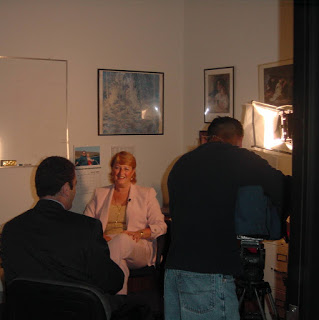