When Thomas Paine went back to high school: Or how Thetford Grammar saved my father 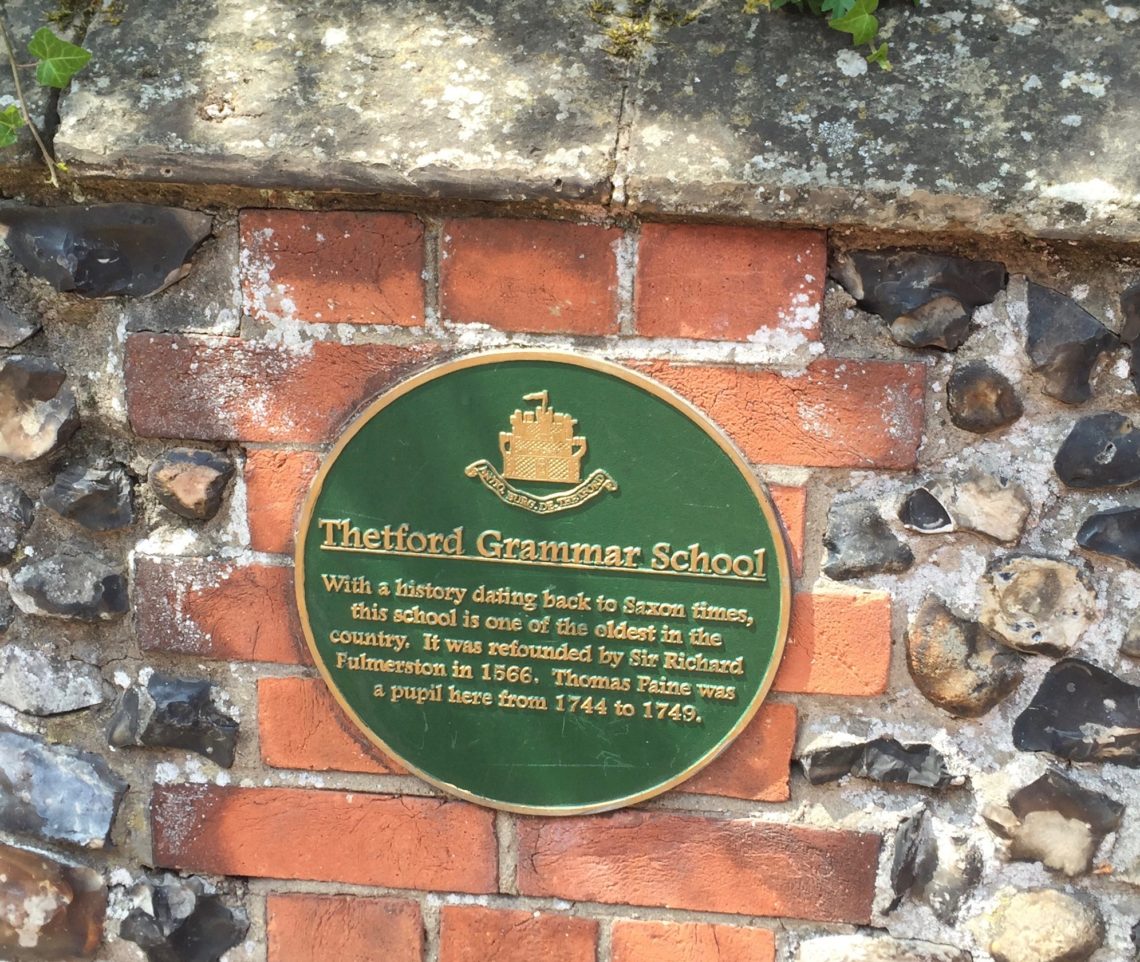 It’s strange how the tendrils of history weave our lives together in unexpected ways.

This Summer my father told me that he had decided to give a 1925 copy of the complete works of Thomas Paine to his old school in memory of his brother. He asked me to go with him and, thinking it would be a pretty drive on a summer day, I said yes, not knowing I’d peel another layer of his story.

My father’s school is Thetford Grammar School in Norfolk, England. It’s a very old school, dating back to Saxon times with old flint buildings that were part of a Dominican Friary and a Norman cathedral in the past, and where ruins still stand in the parking lot.

But more importantly, Thomas Paine went to Thetford Grammar from 1744 to 1749. One of the founding fathers of the United States, and author of the radical work Common Sense, went to this little market town school all those years ago. It’s in a rural part of England which was surrounded by farms and wealthy landed gentry back then; I have to wonder how many of Thomas Paine’s ideas were formed by the feudal attitudes still prevalent in England in those days.

I knew the school meant a lot to my father, but I didn’t realize quite how much until I went with him.

My father grew up in Thetford in the War surrounded by air bases, Yanks and the excitement of a war going on around him as a young boy. But he also grew up in a tough household because his father had a drinking problem. He was a bright kid with a positive outlook on life and his schooling had a huge influence on his life – he would say it was how he got out. He was pushed ahead early, supported by his teachers and did so well he got a scholarship to UCL and so escaped his family’s life in Thetford.

Without the school he would still be there instead of traveling the world. And this is what he had the chance to tell some of the kids when we went to the school. Little did we know that the new headmaster made an event of my father coming up! We had the local press and a photographer there, the heads of the boys and the girls schools, the chair of the board of governors all there to receive the gift. 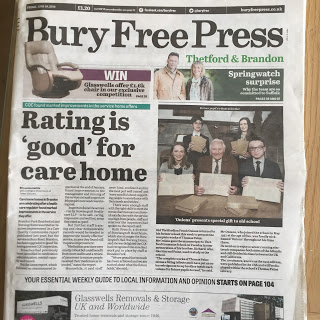 The front page report in the Bury Free Press!

The headmaster, Mark Bedford, gave a speech, my father gave a speech, and I teared up. I looked up at the wall and saw his name on the wall board of Bartram Gold Medal winners in 1949. There was his name (with the old apostrophe put into the name in the late 19th century and removed again in the late 20th) recording that his teachers and his own ability pulled him out of a dead end situation at home and put him on a path to an international career in tech. Not surprising that at age 84 he still remembers the names of all his maths teachers!

And he’s been asked back to give the speech at the Speech Day at the beginning of term in September, with teachers, parents and students. I’m so proud of him! 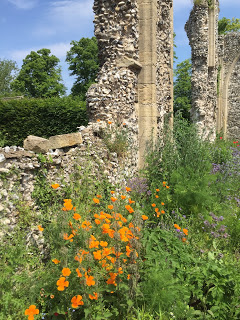 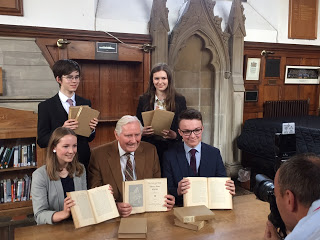 Smiling for the local press 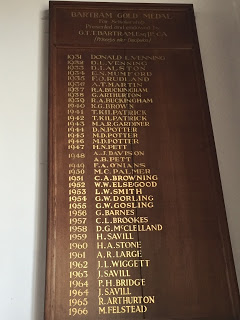 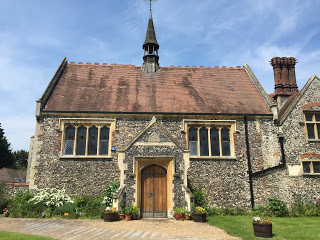 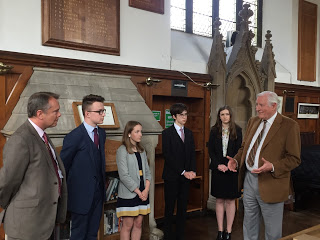