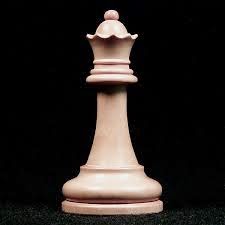 Leadership comes in many styles – charismatic, intellectual, bullying – but in all cases leadership is hard to sustain over time unless it is authentic. Real. Genuine. These 5 keys are from a woman’s perspective, but most apply just as much to men.

Not only embrace them, but have confidence in how you make decisions. I’m a fast, intuitive decision maker. I make a decision on minimal visible information and then use data to check my decision. This means I cannot be afraid to be wrong and change my decision, but I will make it in my head, whether I like it or not.

For a long time, I thought that my method of decision making was in some way bad. Shortcut, or lazy but not a studied, analysis based approach which is what “smart” people do. I doubted myself and did not feel authentic about my own decision making! Until I read the book Blink by Malcolm Gladwell.

As I read Blink I gradually realized that I was not crazy, but my method of decision making is actually very human. We have evolved to make snap decisions on limited amounts of data – some visible to us, some not – and when you can tap into that skill and embrace it is an advantage! But you do need to keep one ear open and keep listening to additional information as it comes in so you can course correct if you need to.

Embrace your decisions and be real about your decision making process. Don’t pretend otherwise – even if you’ve been taught it’s not ladylike to be assertive. If it’s your decision make it; if it’s someone else’s support them. Be direct.  It takes guts to make big decisions, but it’s what leaders do.

This is an area where men typically differ from women. There are many studies now that show that men will ask for promotion before they are ready, whereas women will wait until they are over qualified to put themselves forward for promotion. I believe, if you have a goal, it’s really important that you communicate that goal out to your leadership confidently. Don’t think about whether you’ll get a promotion or a big opportunity, think about when you’ll get it. Talk with your management about what you want, and ask for their help to get you there.

American Express used this understanding of how women wait to change the demographics at the top of their company. They won the ABI Top Company for Technical Women in 2012 and when Yvonne Schneider accepted the award she spoke of how AmEx proactively trained their male managers to reach down into the organization and ask women to apply for promotions, often before they would have done it naturally themselves. As a result, women moved up into management alongside of men, and the top of AmEx was changed. AmEx didn’t ask whether, they asked when and reached down.

I knew I wanted to be a CEO after I had been working a few years. And being verbal, I talked about it with my network. With the coaches and VCs whom I was getting to know. And as a result I got told all the reasons I was not ready and the education and experience I needed to get to be ready. It was invaluable, and included my company Synopsys sending me to the Stanford Executive MBA to learn about finance and management (since all my formal training was in mathematics). Had I not spoken out about “when I’m a CEO” I would never have got the smack down and been told to learn about running a P&L first, which was the best advice I could have received at the time!

You might think that learning to act is in contradiction to being authentic, but I find it’s a part of the process. There are so many situations where I have had to learn to act as if I belong, even though I am the odd man out (so to speak). For many years I went to Japan every 4-6 weeks for business meetings with my customers. In 6 years I was never, ever in a meeting in Japan with another woman. The only women I met were tea ladies. And through that experience I learned to act like a man. I was treated as an honorary male. I learned to drink whiskey late at night in small Osaka bars, and eat food that was still moving, and most of all, never show traditional female traits. That made me effective, and over time my behavior became natural and authentic to me.

And just a few weeks ago I went to a dinner in Palo Alto for 100 CEOs and I was the only woman in the room. By now I’ve learned to “act as if”. As if it’s not odd being alone in a crowded room and relax. That allows me to be authentic in the moment.

4. Balance is a myth

I’ve written and spoken about this many times here and here. I spoke about it again at VMware. We’re in a competitive industry. We’re competing on a global scale. It’s important to decide what matters to you at any point in time, and focus on that. Balance doesn’t win intense market share fights or create dramatic innovation.

And sometimes you just have to let go and be human. Like the time my son broke his arm on the last day of the quarter. This story always gets a laugh… because it’s true!

5. Laughter is the best weapon

Gender discrimination is all around us, all the time. Some days I think it’s getting better, some days when I see the games being played in the San Francisco tech startup world I think nothing’s changed, but my approach remains the same: when it happens to you keep a sense of humor. It’s hard for men to discriminate if you are humorous in your response, and it help you keep your head on straight and not get mad.

One day, when I was a CEO, I was at the beginning of a meeting with a group of investment bankers who did not yet know my company. We had not yet introduced ourselves and one of the group knocked over a diet Coke. Without missing a beat the banker turned to me and said “sweetie can you clean that up?” I smiled, went to kitchen for paper towel, came back, cleaned up, went and washed my hands, came back, reached out my hand to the banker and with a big smile said “Hello, my name is Penny, I am the CEO”.

One evening, I was at a dinner with people I did not know, at a table of men. During dinner I felt a hand on my knee, creeping under my napkin suggestively. I leaned towards the man whose hand it was, gave him a big smile, lifted his hand up and put it back on his lap and said “no thankyou”.

I have a thousand stories like that, and I have found humor defuses almost any situation. Especially if you are a leader in the group. If someone discriminates against you it is rare that it is overtly intentional. And if you can, try to work with men who have wives who work or daughters. Your humor will make them catch themselves and think about what they are doing.

In the end effective, authentic leadership is all about results. Being authentic means you are focused on the real, the now and reaching the end in mind. You don’t get caught up in what people think about you – instead you try to be your most complete self in the moment – and so be effective.