Why hiring smart is not enough 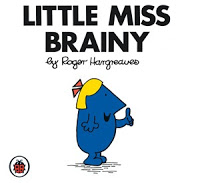 Warren Buffet once said “In looking for people to hire, look for three
qualities: integrity, intelligence, and energy. And if they don’t have
the first one, the other two will kill you.”Clearly integrity is the first requirement when hiring. But right behind it, and just as critical, is intelligence, but intelligence comes with it’s own baggage.

Obviously intelligence is essential when hiring into a fast growing company. Intelligence enables quick problem solving and brilliant, innovative ideas. Intelligence allows people to work autonomously when they need to cut through to the solution and many smart people can work faster and still get to a great result. Smarter employees take less time to train, less time to positively impact your business.

But smart people can also have a hard time learning. Chris Argyris‘ article in the HBR, written in 1991, “Teaching Smart People How to Learn” outlines the basic dilemma and ways to think about solving it. (It’s a must-read in my opinion) The dilemma is that the smartest people in the organization, who are assumed to be the best at learning, may actually not be very good at it.

“Put simply, because many professionals are almost always successful at
what they do, they rarely experience failure. And because they have
rarely failed, they have never learned how to learn from failure. So
whenever their single-loop learning strategies go wrong, they become
defensive, screen out criticism, and put the “blame” on anyone and
everyone but themselves. In short, their ability to learn shuts down
precisely at the moment they need it the most”

Brittle behavior, defensiveness and blaming kill a team’s ability to solve complex problems together. When you are changing quickly and learning a market (which is a continuous process when growing fast) it’s important that everyone on the team can learn from the facts that are emerging, and when things don’t turn out exactly as planned (which they never do) don’t blame, just get on with finding the next solution.

And the key to not blaming is to be able to be introspective and look inside first – What are my assumptions and beliefs that are holding me back from learning from this situation (and so contribute to learning as a team)? Very smart people who do this naturally learn fast in complex business situations. Very smart people who are arrogant about their intellect typically don’t. Struggling early (in school, in your first job); and/or experiencing failure is humbling. It makes you go inside, and with practice people develop the ability to check their internal assumptions first, before blaming someone else.

It’s tricky, but you can figure this out in a candidate interview. Chris Argyris’s article points out that: “One of the paradoxes of human behavior,
however, is that the master program people actually use is rarely the one they
think they use. Ask people in an interview or questionnaire to articulate the
rules they use to govern their actions, and they will give you what I call
their “espoused” theory of action. But observe these same people’s behavior,
and you will quickly see that this espoused theory has very little to do with
how they actually behave.”

The way you can determine a smart person’s real behavior, not their theory of who they are, and whether their default reaction is defensiveness or blame is to spend time with them on their failures. Can they describe to you a time they failed? What did it feel like, what lead up to it, what would they do differently, what areas of growth are they still working on improving that hurt them then as well as now? When I look back on the bad hires I’ve made (and I’ve made plenty), for many of them I can think back to the interview and I missed the introspection step.

I’m still always surprised when I ask the question “so tell me about a time you failed and what you did that contributed to the failure”, shortly followed by “and what is the area you still need to improve, where you keep screwing up and you’re working to fix it” that very smart people cannot, or will not, answer in a meaningful way. Or give all the reasons why it wasn’t their fault. Conversely, it’s powerful when a candidate can tell me what they are working on (in personal development) and how they are looking for a team of complementary skills, or an environment where they can grow and learn.

Note, this is not about EQ. Being charming in an interview and being the person I’d like to hang out with in a bar is not the same thing as being good at learning with a team.

So the first step is to test if the candidate is smart, and smart enough for the job you have. Technical tests, or emulations of real life situations (eg. for sales) are necessary to find the high IQ candidates. But it is also important to make sure you are hiring someone who can learn as your business changes and learn from circumstance without becoming defensive.

To quote my father (not always a good idea on a blog, but sometimes worth the risk) “If you’re so smart, why aren’t you rich?”

Women do it Better than Men — Zenger Folkman 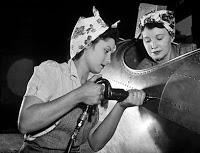 The evidence would say so, but perception would differ.
I read the new survey by Zenger Folkman “Women do it Better than Men”, as featured in the Harvard Business Review last week, covering the differences in leadership between men and women this morning with a heavy heart…

The good news is that in 12 of the 16 categories women were ranked higher than men by their peers, their bosses and by their direct reports. And not only on the traditional softer areas like nurturing.

“Specifically, at all levels, women are rated higher in fully 12 of the 16 competencies that go into outstanding leadership. And two of the traits where women outscored men to the highest degree — taking initiative and driving for results — have long been thought of as particularly male strengths. As it happened, men outscored women significantly on only one management competence in this survey — the ability to develop a strategic perspective.”
and
“Why are women viewed as less strategic? This is an easier question to answer. Top leaders always score significantly higher in this competency; since more top leaders are men, men still score higher here in the aggregate. But when we measure only men and women in top management on strategic perspective, their relative scores are the same.”

We know women are at least as good leaders as men, and yet 78% of top management is male and 67% of the next level down are men. For many CEO searches there are never even any women candidates on the list so having a woman at the top is not an option. It’s just still very hard for women competing to get to the top of companies. Women quoted in the article speak to the need to work harder to prove themselves and the constant pressure to never make a mistake.

I gave a talk at the engineering school at San Jose State University last week and less than 10% of the students in the room were women. Of course I took the opportunity to talk about FirstRain and our fantastic technology – and asked them to apply for a job with us when they graduate if they are great software engineers. But I also spoke about the need to build teams with women in them, and how that takes deliberate action to build a culture that is flexible and supports diversity. And as I looked out across the room I wondered if my words have any impact?

I am teaching at Berkeley Haas School of Business late this afternoon – talking about How to plan Resources for your new company. There will be 200-300 students and since it’s a business school maybe 30% will be women, and this time I don’t plan to talk about gender diversity, and yet diversity itself is a way to get maximum value out of your resources so maybe I should.

I read the study with a heavy heart this morning because, despite all evidence to the contrary, the perception is women are not as good leaders and when they get to the top they are bitches. It’s portrayed in the media, it’s rife in the comments in the article, in movies women are not portrayed as leaders and in corporate America I sit in conversation after conversation where “he” is the default pronoun. I get tired of saying “he or she” against the headwind.

But maybe it’s just Monday morning and I don’t have my girl-riveted metal armor on yet for the week. Time to suit up!