What
is it is that prevents us from speaking truth to those in power: Fear
of punishment? Fear of attack? Fear of being noticed? There are many
reasons we don’t deal in the truth, but great teams, whether a small
company leadership, a public company board, or a political team, learn
to speak and deal in the truth.

Knowing the truth about whatever
situation you are in, or the problem you are solving, is absolutely
critical, and yet so often people can’t overcome their own barriers to
tell those above them the honest truth. From my experience, here are
five reasons that people don’t speak up and some ways you can conquer
these concerns for yourself:

One of the biggest reasons people don’t speak up is not about their
leadership, or fear, it’s about being liked. I’ve always been outspoken
and I am very conscious about speaking truth to power, but not everyone
likes it. I have found that some people admire me for it, and when I
leave a team (a company, or a board) those people will thank me for my
contribution. But others think of me as too aggressive and
controversial. For those people, it’s a relief when I leave the group.
It’s hard not to care when people don’t like you, but not everyone will
like you, so get used to it.

Finally, I realized I can’t please
all the people, all the time. It’s most important to be authentic, stop
worrying and speak the truth. You will find that when you do, the
people–the power – that matters will thank you for it.

Why Personal Positioning is Toxic in the Office 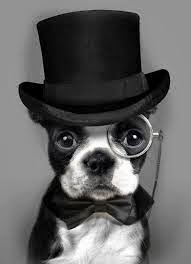 Which matters more – how you are personally positioned, or what you get done?

Sometimes popular wisdom would tell you personal positioning truly matters. Who you know, what they think about you, how much “face time” you get, are you networked… but while this strategy may be effective in some large or political companies, it’s death in a fast moving, apolitical one.

I define politics in the office as any person, or behavior, that puts their personal interest in front of the company’s interest. When you’re growing fast, and making a thousand decisions every day, there simply is not room for people’s self interest if it’s not aligned with the company’s. But the learned behaviors, from larger political organizations, still hang around with new employees until we stop them.

Behaviors like obfuscation of the details – let me make broad statements as if I know what I’m talking about to shut you down, but I don’t actually have the details to solve the problem. Or CYA – let me tell you why the problem I am bringing to your attention is a result of something that happened before I had the job to solve it. Or the “Well everything’s all effed up so I’m the hero for trying to fix it”. Or the eye roll when describing someone else’s problem. All behaviors designed to position the source as superior and not responsible for whatever problem you are tackling.

But in a rapidly moving company, I want my staff to be responsible. Even if it is effed up, and the fire was burning before you arrived. Personal positioning is just a waste of my time.

A customer is unhappy. Bring me specifics. This happened. I think the issue is A or B. I’ve formed a small team to get to the bottom of it. We’ll tell you if/when you need to speak with the customer.

A release is late. Tell me what and why. This piece of code took longer than we expected to deliver, or that piece is unstable and we need two more weeks to test it. We’ll come to you if we need more time or resource to solve it.

To the point, specific, centered on action and resolution.

And blame is simply not helpful. Things go wrong some times and individuals are to blame. But the time for blame (if there is ever a time) is after the problem has been solved and then in a post mortem. Bring the team that failed in a situation together and debug what went wrong – with no blame. That allows you to make sure it doesn’t happen again.

I have a friend who, early on in his career, proudly called himself the vice president of personal positioning. He had it down to an art form. He was smart, articulate, good looking and senior management loved him. This served him well for a while. Then he came to work for me and I called him on his BS, repeatedly, until he figured out he was capped until he solved real problems. Because he’s smart he stopped it, and is now an SVP at a large enterprise software company.

So if you find yourself worrying about your personal positioning, yes, you’re human, but put it aside and set about solving the problem you’re faced with.