Why dating where you work is a dangerous sport 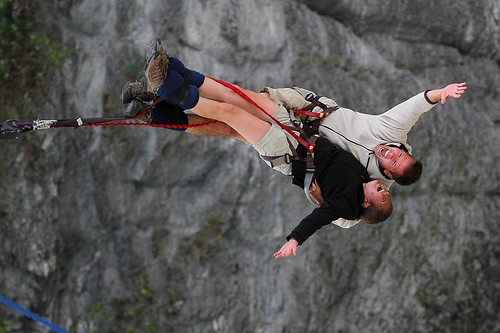 As the current fashion of writing about women in tech surges it’s not surprising that tales of sexual harassment are emerging. Men in power, women climbing into power, money, ambition, attraction, alcohol – what could go wrong?

Consider today’s latest – the suit being filed against Tinder. While the filing is by nature one sided it does appear one person dated another, things went bad and harsh words were spoken. It’s a scene being acted out all over the world today (most relationships do break up after all) but this is one that’s particularly ugly because one person works for the other, they’re executives and it’s public.

California law is known to be favorable to employees especially when it comes to harassment and protection of employee rights. In California, your employer is responsible to “take all reasonable steps to prevent harassment or discrimination from happening.” Practically, what that means to many companies is once they have 50 employees, they run sexual harassment training for at least 2 hours, every 2 years. Online or in-person, a company needs to remind every employee of their responsibility to respect other employees, regardless of gender, sexual orientation etc. Simple, right?

Most people I have worked with in my career are very rational, responsible people. And yet, I have found the discussion, and the training, more necessary than I would have expected because of unintentional harassment rather than deliberate unpleasant behavior.

For example, don’t date within your “cone of control.” Don’t date anyone within your piece of the organization (which means if you are a CxO don’t date at work). You have too much power. Whether you misbehave – positively favoring or negatively retaliating – or you don’t, there is too much risk for you and the company. HR or your CEO should step in and remove the risk. If you find the love of your life in your organization, put your relationship first and ask your love to move to another organization far away from your professional scope of influence. And if you’re married and having an affair at work, it’s especially ugly if your lover is within your organization, and everyone knows it, so for heavens sake either don’t do it or make sure absolutely no one knows. I watched one of those trains wrecks close up and wreck doesn’t begin to describe the damage done.

A second example: always pay attention to what you say. If you’re a manager the people around you are listening to what you say. They’ll even emulate you if they admire you. Especially sales guys when they are fueled up and winning. So making sexual innuendos and jokes is going to offend someone soon enough. Keep it for your friends outside work. I try hard to not say anything I wouldn’t have said in front of my mother. It’s a good guideline for me, although one I do fail at sometimes.

Or don’t touch your coworkers. Even if in your culture it’s ok to touch someone on the arm as you talk with them, or lean on their shoulder. For many people (like the English) touching in public is uncomfortable—and open to misinterpretation. Having been felt up by men in the office earlier in my career (before I was so fierce) I can tell you the “I was only joking” line doesn’t wash when someone has made you feel physically uncomfortable. Save touching for your family and close friends.

…all conversations I have had with my managers at some point …

But we’re all human and make mistakes (yes, everyone does) and training helps because it’s a good reminder of what’s ok and what’s not. So while mistakes will happen, you can ensure they won’t be from ignorance of what’s OK in the workplace. They’ll be from insensitivity, or poor management oversight or maybe even deliberate.

But whichever way mistakes happen, the company is responsible to do everything it can to prevent them, which in most well-run companies means putting some distance rules around dating at work.