Coding is the New Literacy 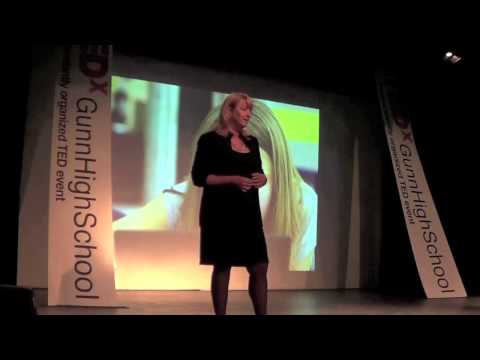 Our world is surrounded by software. Every day teenagers spend more than 10 hours a day on line interfacing through a software layer – texting, facebook, tumblr, TV, movies – all are constructed in software and people use a software layer to interact. Even as a CEO, my day is dominated by software – Office apps, Twitter, Skype and even Words with Friends.

Software is changing our world in as profound a way as the book did starting in 1440. The book, following the invention of the printing press, democratized knowledge. Anyone who could read and write could share ideas and change the way other people thought. By 1500 there were 35,000 book titles in print and over 20MM books printed. 60 years after the invention of the computer the influence of software on our world is still growing exponentially.

And it touches everyone. Poor illiterate women in India running micro businesses through a cellphone. CEOs and bankers. Students at a Palo Alto High School. And so when I was invited to give a TEDx talk at Gunn High School two weeks ago I chose to talk about how being able to code – or at least understand enough structured logic to create software apps – is as important now as being able to read and write.

And the most exciting thing for me giving this talk was that at the end I was surrounded by teenage girls thrilled to have their interest in software and technology endorsed and confirmed by my talk.

PR over exposure is a dangerous game

Eric Jackson wrote a painful piece in Forbes this morning comparing Sheryl Sandberg to Kim Polese – and while I don’t agree with his judgement that they are alike (one is wildly successful, one less so) he throws a bright light on one of the risks that can plague female tech executives: over exposure.
The over exposure starts because when you are a fresh new female executive you are rare and a novelty. The press wants to cover you because your opinions are new grist for the mill on everything from technology, to child care, to diversity in the office. Your PR team loves it – it’s an easy way to get the press’ attention and get the ink on the company. When I was a new CEO in 1996 I ended up on the cover of the San Jose Mercury News – amusing but of no value to my company Simplex. The press I got that was useful to Simplex was tech press and then business press around our IPO, not the many panels I did on being a female CEO with two small children.

Over exposure is a deadly trap. In the end you are judged ONLY on your financial performance, and unless you think a great deal of press coverage about you is going to drive your top line results you need to tread very carefully. Kim Polese was extraordinarily over exposed. She was naive, and taken advantage of by her PR firm but she was young, pretty and articulate and so a great product for them to sell. But Marimba did not prove to have legs after the bubble burst and while there is no shame in that per se – that’s life in the Valley – it was a long way to fall for her celebrity, and was not necessary.

I put this observation into practice a few months ago at FirstRain. We were choosing a new PR agency and I had been clear with my team that while I was happy to do panels and talks on technology, or even on public board experience (I am on two public boards RMBS and JDSU), I am not willing to overload on the female tech CEO talking circuit. So imagine my irritation when one of the PR firm leads decided that the whole strategy should be to use my gender to get FirstRain in front of the press and would not shut up about it.

In Sheryl’s case the risk was lower than Kim’s because she was already a proven
executive at Google, and Facebook’s a juggernaut, so she is
also already successful there. Extensively exposing her to the press in the year
before the Facebook IPO made sense – she is then “known” to the
investment community and the retail investor and so could carry the revenue end of the IPO
roadshow. And if she has larger ambitions post Facebook (who knows…) then the positive exposure raises her name recognition at a national level.

It’s a fine balance. You can only be a role model, mentor and adviser to young women if you have a successful track record. And yet the thirst for female tech role models is so great that once you have a high profile position you get given the stage – and it’s tempting. My input to my team is never, ever lose sight of the end-in-mind which is business exposure for FirstRain (or Simplex last time). The “woman CEO” platform comes after that and in service of that purpose only — unless I am doing it on my own time.